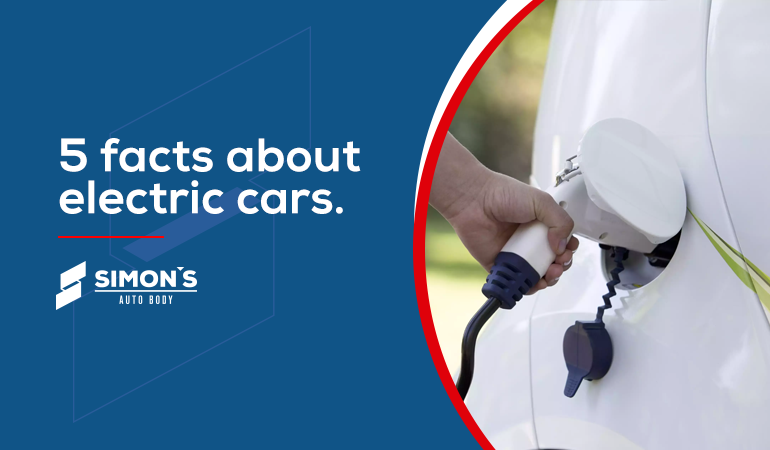 5 Facts that you need know about Electric Cars

Electric cars are automobiles that are propelled by electric motors. These types of motors use electrical energy, which mainly comes from batteries. These cars use little to no fuel and pollute the environment less compared to conventional ones. They, therefore, help reduce climate change and allow people to save money on fuel.

For sure this kind of car reduce climate change and allow people to save money on fuel. But we explain five another facts about eletric cars that maybe you don't know.

Electric cars can be cheaper to maintain also because they  just do require the purchase of a replacement battery about every 4 to 5 years. Also electric cars should be priced lower than conventional because, on an equivalent production basis, they are cheaper to build with fewer parts.

The firts eletric car was designed and built by Thomas Parker who was a London innovator in charge of the city's overhead tramways electrification. The innovator aimed at reducing the number of low fuel-efficient and environment-friendly cars on the roads with his EC which was fueled by high-capacity rechargeable batteries.

3. Electric Cars Tend to Be Smaller

The reason many cars are small is due to the low energy density of batteries and the tie in between weight and range. However, they are equally as safe as gas-powered cars of the same class.

4. They Are More Expensive Than IC Engine Vehicles

The high cost of electric-powered cars is attributed to the additional cost of the batteries. Some battery packs cost as high as $800 per kWh. Due to these high battery costs, most people are reluctant to buy eletric cars.  But some automakers have started to manufacture cheaper batteries, which is good news to people who want to buy these vehicles.

5. They Are Heavier Than Gasoline Cars, but Less Noisy

The big cars  which is contributed by the batteries, makes them take longer to stop during braking and also keeps the occupants safer during collisions. On the side of noise, the occupants are usually free from noise disturbance because the vehicles do not use engines which are associated with noise.