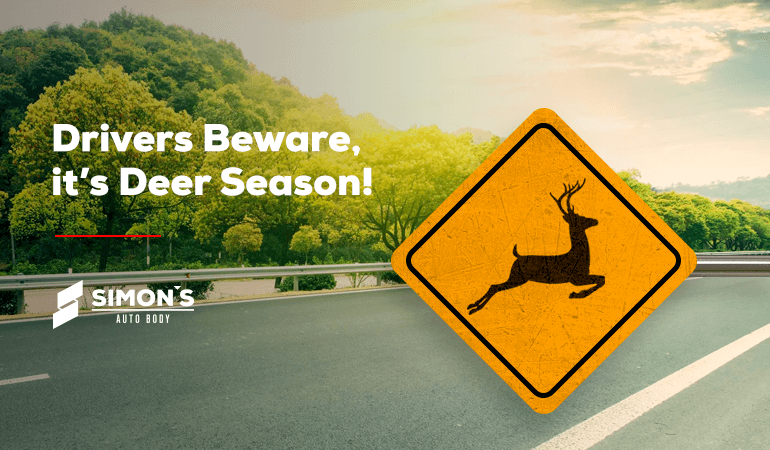 It is officially fall time in New England, and with all the beautiful scenery also comes a lot of responsibility. Since deer migration and mating season occurs from October through December, fall is the season that results in an increase of deer-related Massachusetts collisions. Drivers should stay alert and pay particular attention to the sides of the road, especially during the hours just before dusk and just before daylight. Deer-vehicle collisions are dangerous and costly so, though collision with an animal is covered under the comprehensive portion of your auto insurance policy, it's always preferable to avoid an accident in the first place.

Here are some tips to avoid hitting a deer:

Be especially attentive during peak deer hours: From sunset to midnight and during the hours shortly before and after sunrise are the highest risk times for deer-vehicle collision

Use extra caution when driving through deer-crossing zones: Also be especially careful in places known to have a large deer population, and in areas where roads cross agricultural fields and forestland.

Know that deer rarely run alone: If you see one deer, others may be nearby.

Use high beam headlights: If driving at night use your high beams when there is no oncoming traffic. The higher light will better illuminate the eyes of deer on or near the roadway.

Slow down and blow your horn: with one long blast to frighten the deer away.

Brake firmly but ALWAYS stay in your lane: If you notice a deer in or near your path DO NOT swerve. Many serious crashes occur when drivers swerve to avoid a deer and hit another vehicle or lose control of their cars.

Always wear your seat belt: Most people injured in car-deer crashes were not wearing their seat belt.

If your vehicle strikes a deer, do not touch the animal. A frightened and wounded deer can hurt you or further injure itself. The best procedure is to get your car off the road, if possible, and call the police.

In the event a deer damages your car: Contact your insurance agent or company representative to report the incident.