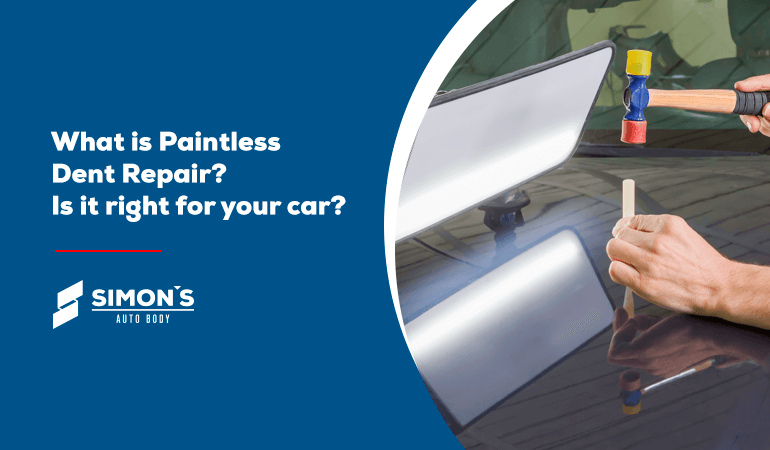 What is Paintless Dent Repair? Is it right for your car?

Looking for a quick way to fix those unsightly dents on your car? Try paintless dent removal, a fast and efficient repair technique offered by most of today’s professional auto body shops. Although first invented more than 80 years ago, paintless dent removal is growing increasingly popular with today’s car owners who want to save time and money while restoring their car to its original appearance.

As the name implies, paintless dent removal is a method of repairing auto body dents without having to repaint the damaged area. It involves the use of specialized tools to push the dented area back to its proper form from the inside or to pull it back into place from the outside. Both methods eliminate the need for repainting and refinishing the dent and the area surrounding it.

When Is It Used?

The Advantages of Paintless Dent Repair

If the dent is a good candidate for paintless repair, this option offers many advantages over traditional dent repair techniques.

At Simon's Auto Body, our highly trained technicians have the tools and the experience to perform expert paintless dent repairs that get your car looking like new again.